Ravi Riverfront City Lahore is a government-approved project being developed by RUDA along the Ravi River in Lahore, near the Shahdara Reserve Forest. Pakistan’s Prime Minister, Imran Khan, envisions the 5 trillion rupee project as one of the world’s greatest sustainable urban projects. On August 7, 2020, he launched the River Ravi Urban Development Project (RRURDP), and on September 15, 2020, he lay the foundation stone.

The Ravi Urban Development Initiative is a world-first project that spans 46 kilometres. It wouldn’t be incorrect to declare that Ravi City has arrived. The newly developing Ravi City in Lahore has a goal of tackling the issue of overpopulation in Lahore, traffic congestions on a daily basis, water issues, and last but not least, the annual flooding due to torrential rains.

During and after construction, the project is estimated to provide millions of employment. A whole new metropolis will be built from the ground up, making it the world’s largest riverfront urban city. So far, more than $7 billion in funding has been secured for the project’s development. Local and international property development corporations have expressed strong interest, accompanied by investment guarantees.

You may also like to learn about the Park View City Islamabad.

Ravi Riverfront City is a cutting-edge project being developed by Ravi Urban Development Authority in Lahore (RUDA). All local and international contractors or developers would be required to work under the auspices of RUDA and invest in accordance with its recommendations.

The Meinhardt Group Singapore was awarded the feasibility report contract by the Lahore Development Authority (LDA). The group conducted a comprehensive study of the area and gave some of the most critical information about the project’s success and details.

The Ravi Urban Development Authority has communicated the RUDA’s limitations to the general public, and any land sale or purchase in the designated region is subject to its approval. After the Ravi City has been approved, any land acquisition, sale, or purchase will take place.

Ravi Riverfront City Lahore is a 100 percent guaranteed authorised project that is being developed under RUDA’s direct supervision. This project’s rapid success is due in part to its legal status. Projects like this, which are funded by the government, are bound to set new marks.

The government has set up a development authority called “RUDA” to monitor the project’s development while also ensuring that all legal requirements are met.

The Punjab Government first proposed Ravi Riverfront City Lahore in 2013, with the intention of developing a 44,000-acre urban development. The goal was to relieve Lahore of its overcrowding problem. Get the idea from Eighteen Islamabad.

The project will be built on a 43-kilometer plot of land that will be 70 percent covered in vegetation. The construction will be provided by the others. The concept was inspired by waterfront developments along the Thames River in London and Dubai.

The Ravi City consists of several phases as follows:

According to sources, the project’s first phase will include the acquisition of around 14 thousand kanal of land, with a total development area of 600,000 kanal planned for Ravi City. The territory is administered by the Ferozwala Mouza and 32 other Mouzas.

Along with the growth of greenery over a large land area, a 33-kilometer-long concrete canal would be developed on the Ravi River. A total of 1.4 million residential units will be available as part of the project. The design also includes new roads, piers, bridges, and three barrages.

The barrages will be able to hold 271 billion gallons of water. Water treatment plants will be developed on the other side of the river to keep it clean. The project also includes waste treatment plants.

The aim of the project is as follows:

PrevPreviousThe Busy Entrepreneur’s Pocket Guide to Crafting Business Names That Work
NextWhat Is A Derma Pen? What Is The Benefit Of A Derma Pen?Next 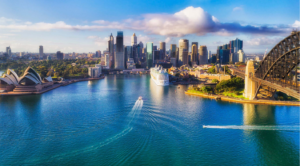 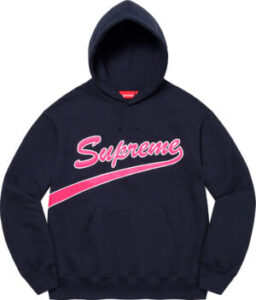